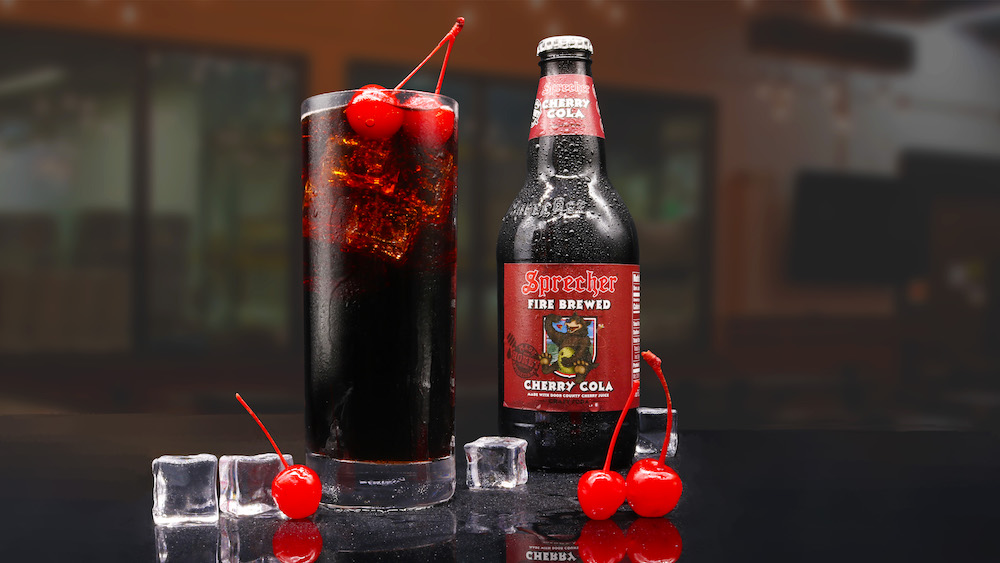 In a blind taste test, Sprecher Cherry Cola came out on top in a ranking of 12 popular brands, according to national culture magazine Uproxx.

Tasting notes for Sprecher Cherry Cola included "an intoxicating cherry smell that came across as very natural" along with "a strong fizzy bite with a balance of natural cherry notes, vanilla, a hint of citrus, and some cinnamon on the backend."

"Truly the best marriage of cherry and cola flavors," wrote Dane Rivera in his top ranking summary. "It has a bite, a zesty zing, and a juicy sweet floral sweetness that comes across as natural, while still delivering the sweetness.

"I’ve never had a cherry cola more perfect than this. If you’re hooked on a different brand you should definitely make the effort to give it a try."

The competition included brands such as Hank's, Virgil's, Cheerwine and Coca-Cola. The taste-tester was blindfolded and recorded observations via audio memo, before ranking each 1 through 12.

Sprecher fire-brews Cherry Cola with local Door County juice and pure, Wisconsin honey. Every ounce of our Cherry Cola is handcrafted with love, flavor and a creamy mouthfeel.

The original Sprecher Cherry Cola served in 16 ounce bottles are always available, but Sprecher has also now branched out into 16 ounce cans, which are available in both 6 and 12 packs online.

Sprecher is no stranger to elite rankings. In July, Tasting Table named Sprecher Root Beer the best in the nation. The New York Times also heaped praise on Sprecher, calling it the "No. 1 root beer" and noted Sprecher's "wonderfully balanced and complex brew... spicy with well-integrated flavors, soft carbonation and a creamy texture."